In-N-Out’s decision to open a Tennessee office could be viewed as a statement on business conditions in California. / Photograph: Shutterstock.

On the surface, In-N-Out’s surprise announcement that it will open a territory office in Tennessee is simple. It is a beachhead. Once open in 2026, it will support the burger chain’s restaurants in the Eastern half of the U.S., its first east of the Mississippi. Or east of Texas, for that matter.

The company is opening an office in a state known for its low cost of doing business. It likely received substantial tax benefits in the process.

Still, “it makes no sense,” one operator told me this week. Indeed, it’s a head-scratcher, a curiously aggressive move for a company long known for its methodical approach to expansion.

First, let’s go through what we know about In-N-Out’s move. Tennessee Gov. Bill Lee announced on Tuesday that In-N-Out will spend $125.5 million to build a 100,000-square-foot office in Franklin, Tenn. The office will house various support functions, including operations, human resources and IT. It will open in 2026. The project will create 277 new jobs in the city.

In-N-Out also plans to open locations in and around Nashville that same year. “For many years, we’ve heard requests from our customers in Tennessee to consider opening locations near them, further east than we’ve ever been,” Lynsi Snyder-Ellingson, In-N-Out’s owner, said in a statement.

The move is reminiscent of the decision in 2018 by Carl’s Jr. and Hardees owner CKE Restaurants to move its headquarters from California to Franklin, Tenn. The big difference? Hardee’s operates actual restaurants in the Southeast, including 138 locations in Tennessee alone.

It’s common for companies of all kinds to open corporate facilities far from their primary corporate office. Chipotle Mexican Grill opened a big corporate office in Columbus, Ohio, where it employs 400 people. Subway opened a second corporate headquarters in Miami while Papa John’s opened a second headquarters in Atlanta. But the big difference is that in each of those cases those respective chains have actual, live restaurants in the markets where they opened those ancillary offices.

In-N-Out has zero restaurants in Tennessee. It doesn’t even have any restaurants in Arkansas or Mississippi or Louisiana, three states between it and Texas. The furthest east the chain operates is in Harris County, Tex. And while Snyder-Ellingson said that Tennessee residents have asked for an In-N-Out, certainly plenty of customers in places like New Mexico or Louisiana or Idaho have, too. None of those states have an In-N-Out and they are more convenient and contiguous to the chain’s existing locations. 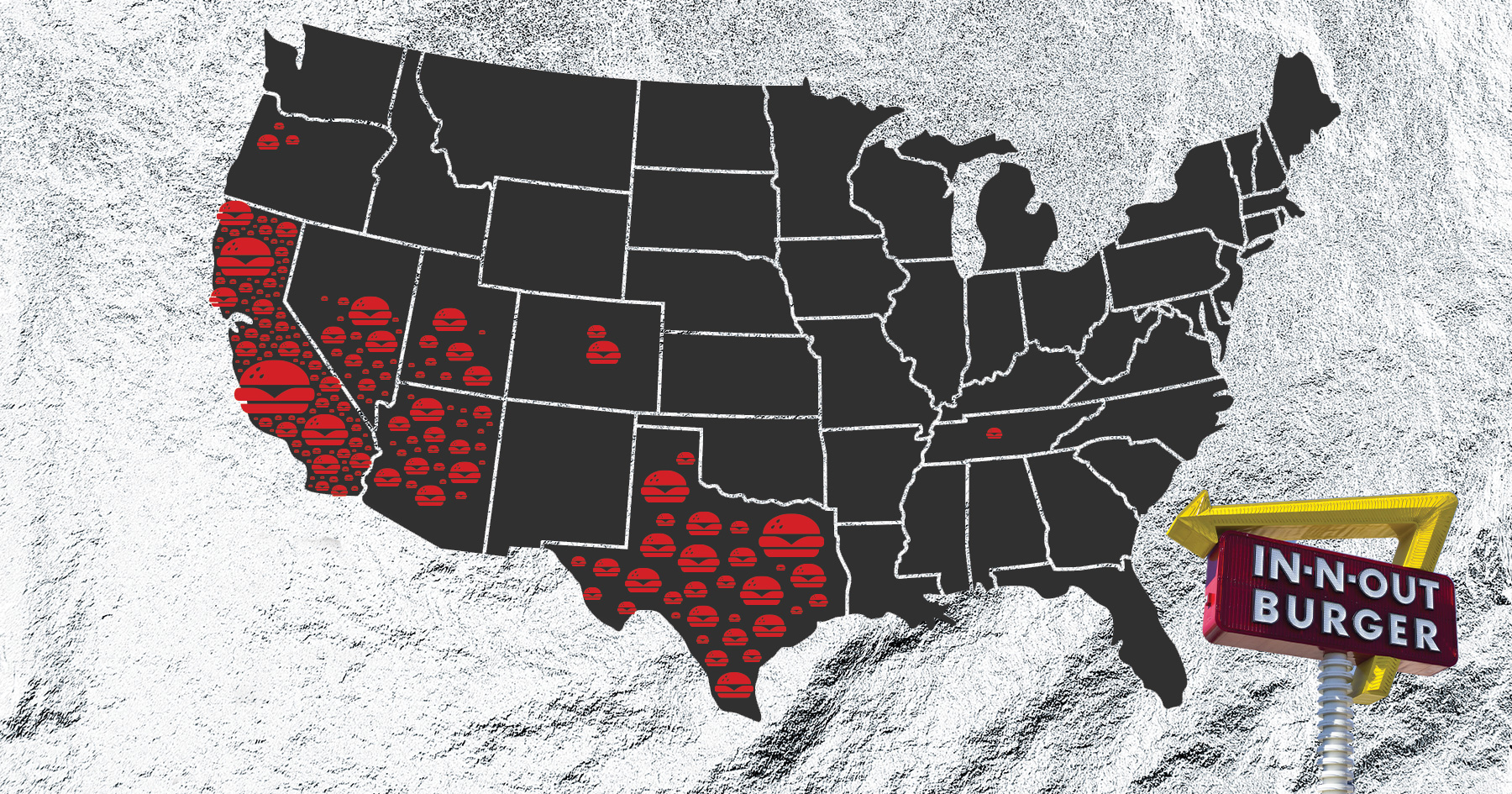 This map of In-N-Out locations shows its decidedly Southwestern regional focus. The Tennessee facility stands out. / Image by Nico Heins.

As our Lisa Jennings wrote, In-N-Out will be supplying the Tennessee restaurants from a production facility in Texas. So the facility there isn’t even particularly necessary for the company to actually open locations. Though the company has some satellite offices, including one in Dallas, they generally open with much less fanfare.

Indeed, the hallmark of this event was the announcement along with the governor’s office and state and local officials about the facility that is nowhere near an existing In-N-Out. Even Chipotle, which moved its headquarters in 2018 from Colorado to California, didn’t make its announcement that way. And Chipotle is both much larger and moved a much bigger facility there.

Thus, it’s difficult to escape the idea that this is some sort of message to California over its business conditions and perhaps even the Fast Act, a law targeted specifically at fast-food chains.

There appears to be more tension these days between the conservative In-N-Out and the liberal politics of California. The company, for instance, made clear its opposition to local vaccine mandates two years ago, for instance.

It certainly wouldn’t be the first company to make such a statement by finding a more business-friendly state and opening a facility there. That’s precisely what CKE Restaurants did, following through on former CEO Andy Puzder’s longtime threat to move out of California.

Still, one does not make a move like this one without a business reason for doing so, outside of the lower cost of doing business in Tennessee than in California. While it may not make sense on the surface, In-N-Out operates differently from other companies. It has also jumped markets before, as it did a decade ago when it opened in Texas. Plenty of restaurant companies make similar jumps. And the Nashville market in particular is a strong one.

And Tennessee is a good jumping-off point for much of the eastern half of the U.S., at least eventually. The Southeast is a rapidly growing region of the country and Florida is the country’s fastest growing state. A lot of restaurant brands are aggressively opening locations in that part of the world, including California-based chains like Del Taco.

In-N-Out traditionally likes to invest ahead of its restaurants, not afterward. So while unusually aggressive, it does fit with the company’s overall strategy.

All that said, it will take a while. Because In-N-Out is also one of the country’s most methodical restaurant chains. So while we know it is opening in Tennessee in a few years, do not expect locations far beyond that, at least for a while.

Jeremiah’s Italian Ice Celebrates the Opening of Their 100th Location

How to maintain your online reputationFast Casual