The chicken-and-waffles concept was founded in 2013 initially as a full-service concept, but the pandemic inspired a pivot to counter service and other efficiencies that have been somewhat retrofitted into existing units—including four in New York and one in Los Angeles.

This sixth unit scheduled to open Dec. 28, however, will be the first to open with the fast-casual design. And it’s likely the model with which the brand will grow, said founder John Seymour.

“We will digest this fast-casual model and see how we feel about this,” he said. “This is a very strong model and I feel it could do very well nationally.” 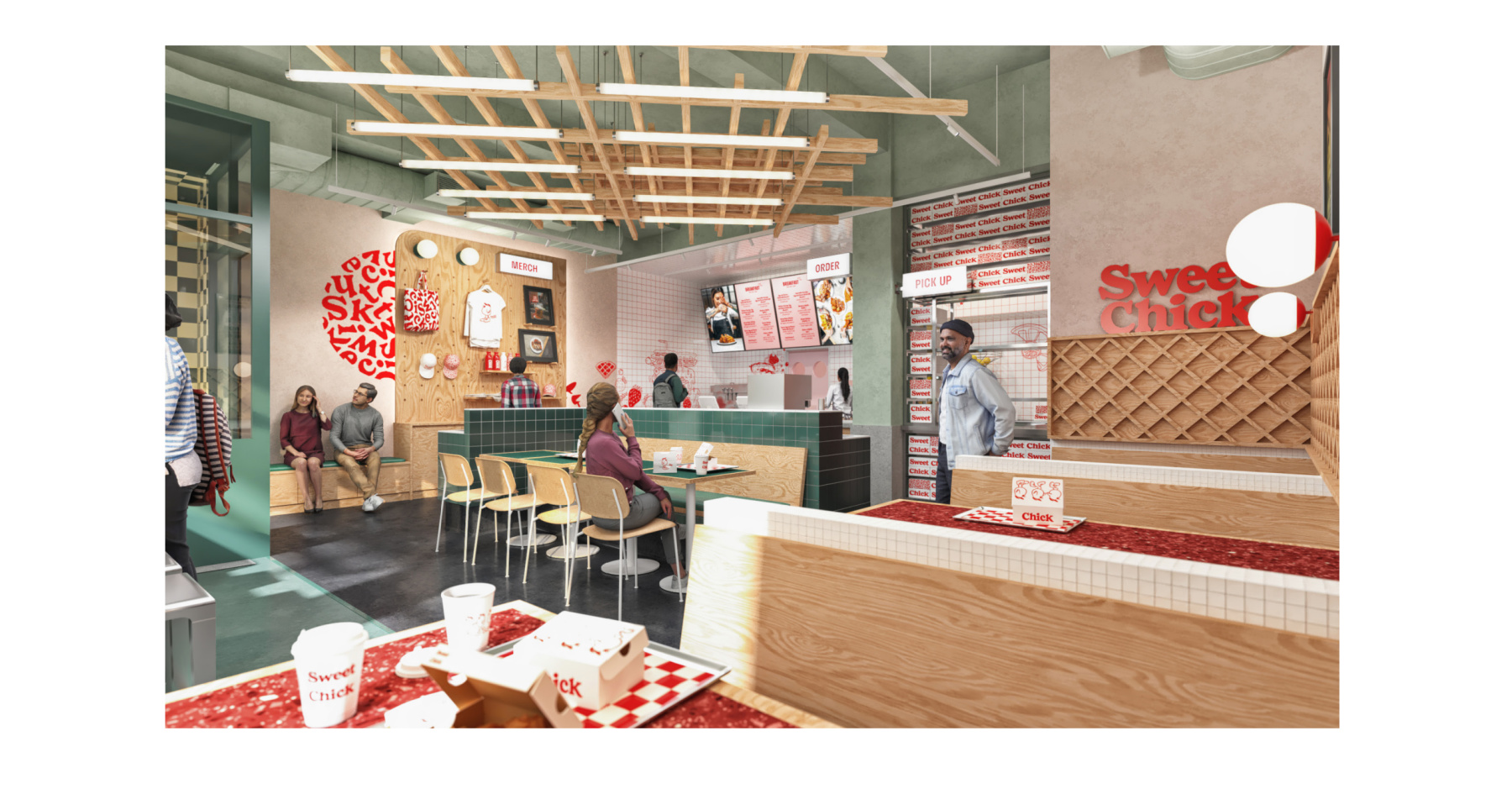 The Union Square unit will be the first with digital menu boards./Rendering courtesy of Sweet Chick.

This sixth location is moving into a venue known as The Coffee Shop, an iconic location that was featured in the series “Sex in the City,” and was frequented by celebrities, aspiring actors and other creatives. Seymour said Union Square is also a transit hub where Brooklynites already familiar with Sweet Chick’s original location will likely pass through and help spread the brand love to downtown.

Seymour has built new efficiencies with this unit that will help cut costs, he said.

The Union Square unit is about 2,200 square feet, smaller than the more typical 3,000-square-foot earlier units, for example. Guests will order at the counter and the unit has digital menu boards, rather than hand-written menus. Breakfast and brunch will be available daily, rather than just on weekends.

Dine-in meals will still be served with real plates and silverware, but diners will be able to help themselves to syrups and sauces from a condiment bar.

Sweet Chick has long served cocktails. The new unit will offer frozés, or frozen rosés, as well as canned cocktails and housemade lemonades.

Previously, the brand had a pastry program, but the new location will instead offer maple crunch soft serve, as well as custom pre-packaged mini pies that will be called Cutie Pies, with rotating seasonal flavors.

The model will operate with an average of about seven to eight people for a busy shift, compared with 11 to 12 at one of the larger locations, which will result in significant labor cost savings, said Seymour.

“That’s one of the big factors for doing this,” he said. “It’s difficult to run a full-service concept, especially across multiple units, with price points that are not too aggressive.”

Sweet Chick has won investments from the rapper Nas, as well as $5 million from the Founders Table Restaurant Group, which supports founder-led emerging concepts.

A Look at Some ‘Healthy’ Restaurants in NYC