Mark Hamill returns to Jack in the Box, this time as a pitchman

Mark Hamill is returning to Jack in the Box, which fired him decades ago for doing impersonations in the drive-thru./Photo courtesy of Jack in the Box.

Mark Hamill will finally get to put his acting skills to work for Jack in the Box.

The actor, who played Luke Skywalker in the Star Wars franchise and voiced the Joker in several animated Batman movies, will appear in ads for the San Diego-based burger chain to promote the return of a pair of products: Spicy Chicken Strips and French Toast Sticks.

Hamill apparently was fired from a Jack in the Box before his Star Wars days. He told James Corden’s “Late Late Show” three years ago that he tried voicing the Jack Box character while in the drive-thru. The manager didn’t like it and sent him home for good.

“I always aspired to work the window, the drive-thru,” he said. “The one chance I had at it, it never occurred to me not to be in character as the clown, as the Jack in the Box clown.

“The manager didn’t like it. He told me to go home and never come back. Yeah, I got fired. Fired for being in character.”

Jack in the Box is releasing a limited-edition comic book that illustrates Hamill’s history with the chain that customers can start purchasing in mid-August at the “Jack in the Box Swag Shop.”

Hamill will appear in the “epic comeback” campaign across television, digital and social channels.

The new campaign comes months after Jack in the Box named TBWAChiatDay as its new creative agency, seeking to reinvigorate its marketing.

Both Spicy Chicken Strips and French Toast Sticks periodically return to the Jack in the Box menu for a limited time. 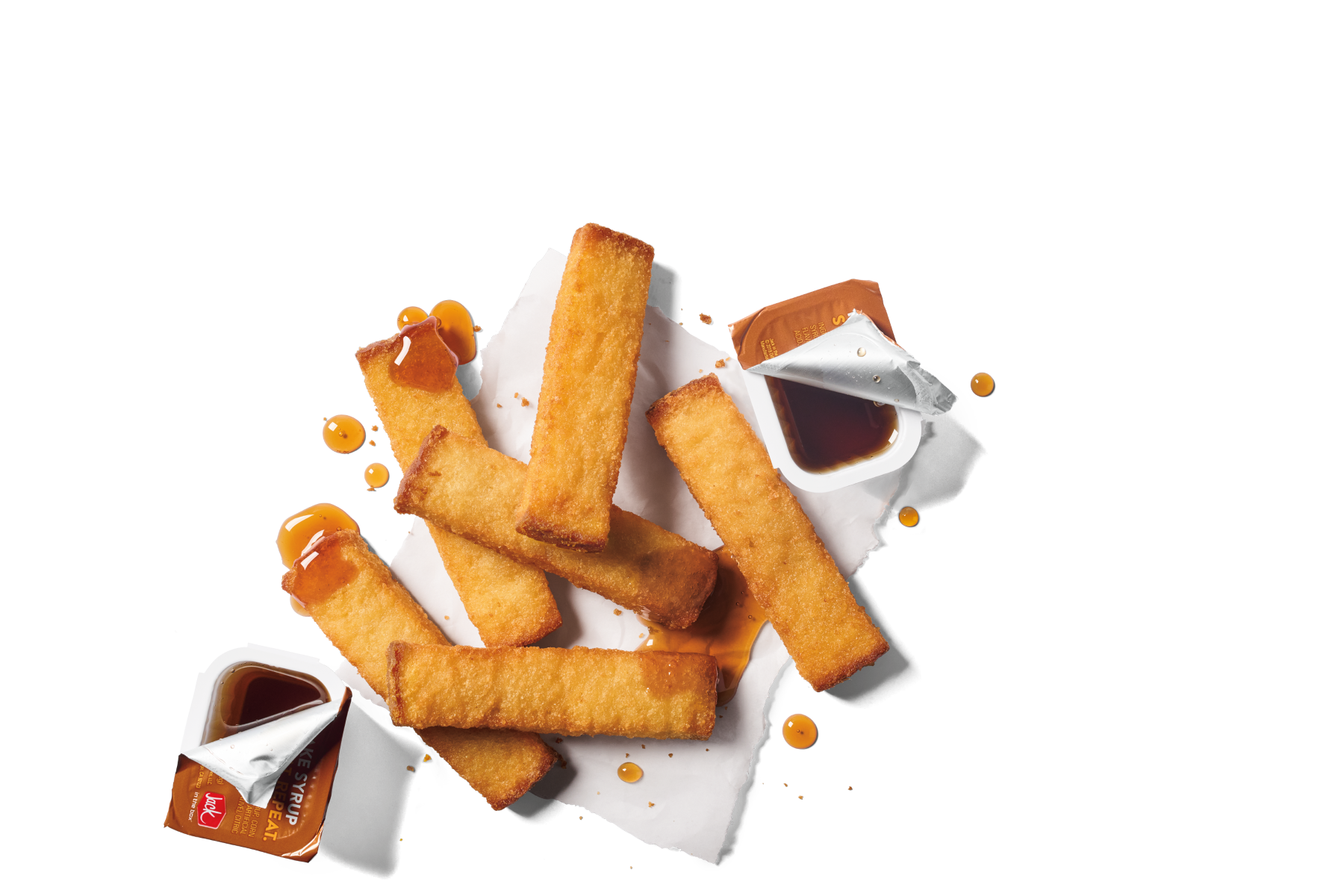